The pandemic is a big reason for the massive spike in sales, with millions of brick-and-mortar stores closed and people living in fear of going out the front door.

With all these Amazon sales being delivered to doorsteps across the country, there’s good reason to believe that people did a little overspending last year.

With great boredom comes more frequent purchases and a new survey from The Penny Hoarder sheds light on just how many people are hiding spending and purchases from their spouses.

The Penny Hoarder surveyed nearly 2,000 Americans on their budgeting and spending habits and found 1-in-4 respondents have kept a purchase secret out of fear of how their significant other would react. 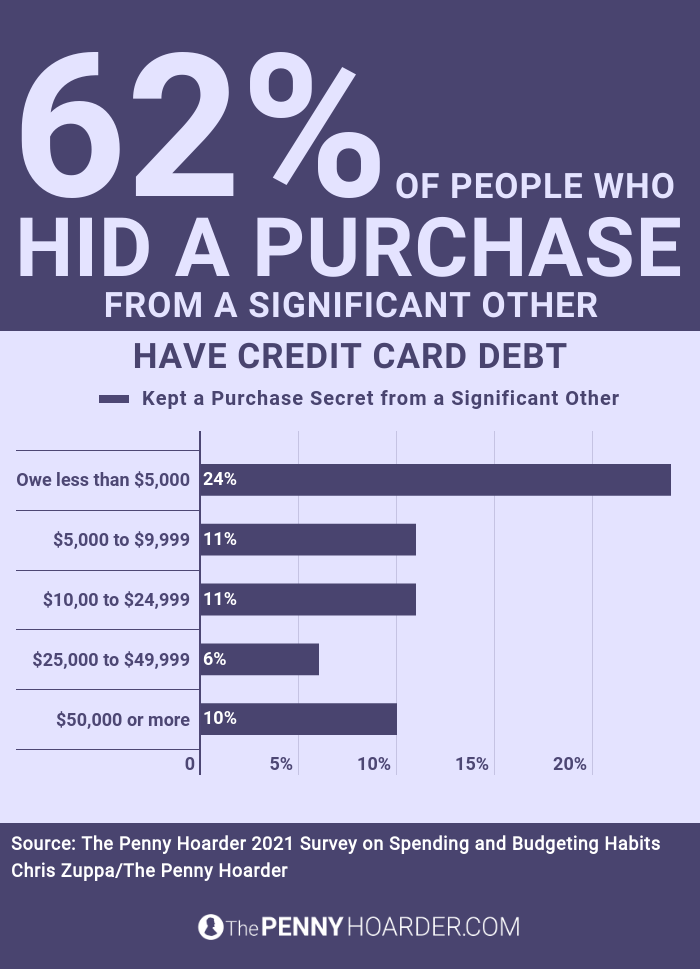 The website also found that “those who kept a purchase hidden from their significant other were also more likely to have splurged on something in the past two years that impacted their ability to pay bills.”

Perhaps the biggest red flag of the survey on people hiding spending from their husband or wife was this little nugget of information.

“Those who kept a purchase hidden from their significant other were also more likely to have splurged on something in the past two years that impacted their ability to pay bills.”

In other words, people who couldn’t pay their bills just bought more stuff and dug themselves deeper into debt. Maybe they’re hoping those credit card rewards will come to save the day.

Penny Hoarder gives two suggestions for people in this situation – either have a serious talk with your spouse about the finances or keep separate bank accounts. Hiding purchases doesn’t make for a solid marriage.

If this sounds like your current financial situation, there’s still time to get out of debt. Here are 13 easy ways to save more money each month and a 10-step blueprint for achieving financial freedom.